Prior to the Unitary Patent Package Conference we have interviewed Francesco Macchetta, Director Intellectual Property, Bracco Group . What is Francesco’s opinion about Italy recently becoming the 26th UPP Member State? And what are the consequences for the Italian companies? 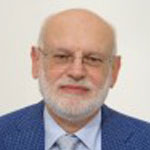 What is your opinion of Italy recently becoming the 26th UPP Member State?

I am very happy. I think it is a very significant contribution to the building of the new European system allowing Italy to fully take part in its effective shaping and take off phase. I would like to note the very short time between when our Government announced for the first time its intentions at the Competitiveness Council of end of May and its filing of the relative declaration (at the beginning of July). I hope, and I am confident, that we will witness a similar steady pace shortly with the Parlamentary approval of the law enabling the ratification of UPC.

What do you think of UPP & UPC entering into force next year?

Well. I look forward to it and hope that we can all witness it happening in 2016. I believe the new system represents an epochal change in the way patents are dealt with in Europe. Having just one forum to litigate patents in Europe can only be beneficial to technology innovation and its being implemented in wider markets, hopefully to the benefit of the buyer/users of the new technologies.

If we keep up with the promises of high quality judgment in a reasonable short time and overall cost effective, I am confident we’ll see UPC becoming a meaningful patent litigation forum worldwide.

What would be your frank and concise answer to the fatidic question: cui prodest?

I believe any business and institution dealing with technology innovation and implementing an adequate patent protection strategy for it will benefit from the new system. European enterprises can get the most of it if they accept the challenges of technology innovation and with no exception consider the EU market, instead of any national portion of it, as their “home” market.

What are the consequences for the Italian companies, from start-ups to multinationals?

I believe that with Italy being part of the new system in full from the beginning, it has a significant impact on its success and rapid pick up phase. Currently an EP patent once granted is validated in Italy in about 50% of the cases. It is in the fourth place among EPC contracting States. So there will be advantages for all patent-oriented innovative companies, independently of their seat or principal place of business. For the Italian ones, there is the immediate “relief” of not having to follow two parallel routes, one for Italy and another one for the rest of EU, but I expect the main advantage to be a revamped awareness of the strategic value of IPRs (and patents in this case) and a better and more effective use of it.

What are the consequences on UPP renewal fees?

Hopefully none! As we know there is an agreement in principle already in place (the so-called “true top 4” scenario)  and I do not expect it to be re-discussed or revisited now. The agreement in principle tried to strike a balance between guaranteeing the long term sustainability of EPO functioning and attractiveness to applicants. I think the balance has been reached with the “true top 4” scenario and there is no need to revisit it now. The addition of Italy, as I said, should enhance acceptance of the new system in particular at the beginning, thus broadening the number of those choosing UPPat its start. The result of it is that more money that initially expected should be collected at the beginning.  This double effect, i.e. more attractiveness to potential users and consequent higher income from renewal fees, as one can see, still balances attractiveness for patent applicants with long term sustainability of the EPO, in my view.

What is the opinion in Italy on the projected UPP renewal fees ?

It is hard to generalize, but in innovation (and patent)-oriented industry I believe that there is agreement  on the fact that, now that Italy is in the system  and we do not have to pay an extra fee to protect ourselves here, on  “true top4” is overall acceptable. Many believe however that “true top4” is already at the extreme of the generally acceptable end of the spectrum.