The Preparatory Committee is now working under the assumption that the Provisional Application Phase (PAP) will start end of spring 2017, presumably in May, and that the Agreement on the Unified Patent Court (UPCA) can enter into force and the Court become operational in December 2017. The PAP will mean that the organization as such will be established including the start of operation of the UPC’s formal governing bodies. It will also mean that judicial interviews can begin and appointments eventually confirmed. The start of the sunrise-period for the possibility to opt out European patents is now planned for early September 2017 which will provide a minimum of 3 months for patent holders who wish to opt out their patents to do so before the Court becomes operational.

The above timetable is conditional and provided with the clear disclaimer that there are a number of factors that will dictate whether it is achievable. The most important factors in meeting these dates is the necessary ratifications of the UPCA and accession to the Protocol on Provisional Application. If these are not achieved the time-plan will be disrupted.

There will be a final Preparatory Committee meeting in early March 2017, and in due course, updates and more specific details of the Committee’s work programme will be published on this website. Those who have applied for judicial appointments will be contacted separately.

Interview with Francesco Macchetta, Director Intellectual Property, Bracco Group, Italy. We asked Francesco about the announcement on ratifying UPCA by The UK Government and about problems with the systems that maybe will appear after UK will leave the EU.

In an interview on 21 November 2016 Francesco outlined his clear preference for UPCA entering into force, including UK. 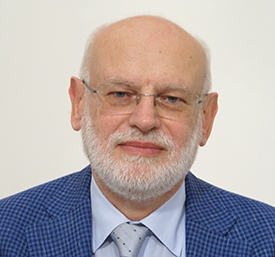 Our question: what do you think after the announcement on ratifying UPCA by The UK Government?

Well, I can only be very happy! I am confident we’ll see the system starting soon with the widest possible territory coverage. This is in my opinion very good news for technology innovators in UK, EU and elsewhere as well. I am convinced the new system will represent an epochal change and system improvement for innovators in Europe and worldwide.

How soon do you see the new system coming into force ?

Of course, I have no inside knowledge about it, but I am confident it will be a matter of really a few months and we’ll have the ratification of UK, DE and a few other countries. The system will then already enter into its provisional working phase before Summer and fully operational before the end of the year.

Do you see any problem in UK remaining in the system even after UK possibly leaving EU ?

I am with those “minimalists” that are convinced the system should continue with the UK as part of it, even after they possibly leave the EU, for the reasons already implied in the official announcement, i.e. it is an international treaty and it came into existence in its current form because of intense efforts, input and participation from UK both at the professional and administrative level. And last but not least, it’s expected to be economically beneficial to UK and EU as well.

As a “minimalist” I am with those who believe that for UK to continue in UPC (also when it will possibly leave EU) no cumbersome Treaty revision is necessary, but possibly just a decision/clarification note of the Administrative Committee for UPCA on formal/definition level (e.g. with a possible clarification/amendment to Art 2(2) to the effect that the definition of “Member State” applies not only to “Member States of the European Union” but also to something like “former Member States of the EU that ratified the Treaty when they were still members of the Union”…).

Thus, any need for broader UPCA revision or additional Protocol on termination?

Well, of course I have heard a few wishes to take this opportunity to broaden UPCA to include “non EU Member States“ tout court. While I believe (for what my opinion may matter here) that such a broadening is compatible with ECJ opinion 01/09, I strongly believe that it is not advisable to tackle this issue now for many reasons that ultimately involve delaying entry into force of the system.

Let’s start with the system as currently envisaged, make it work properly as expected, and leave optimizing it, e.g. by broadening to EPC Member Countries which are not EU Member Countries, to a later date/future revision.

What about the Unitary Patent Protection: since it is provided for in an EU Regulation, do you expect it to come to an end for UK? should it leave EU?

On the Unitary patent protection (UPP) too, I am among those who do not see any real problem in case UK leaves EU. In fact, in such a situation, the content of Regulation 1257/2012 (that provides for UPP) can stand anyway on “its other leg”, i.e. “a special agreement under art 142 EPC” according to Art 1(2) of the Regulation itself. Once more, the legal basis for the system to continue is provided for by an international agreement not part of EU law (EPC i.e. the “European Patent Convention”), so in principle not affected by UK possibly leaving EU. In such a case maybe some minor additional adjustments at national level are necessary e.g. to accommodate for the current translation arrangements to continue also thereafter.

Indeed, I hope that the political will of UK and the EU partners will go in this direction. Also the less optimal solution centred on UPP being no longer available for UK after UK leaves the EU is in my view workable, but more costly to everyone, including UK innovators. I would not elaborate more now on these “less optimal” possibilities as I am convinced that it will be in the best interest of all players to follow the route mentioned above as special agreement under EPC.

As a conclusion, can you summarize in one sentence you thoughts about the future of the new system?

Well, in conclusion, I am confident we’ll see the UPCA operative before the end of this year with a chance of proving its value to the innovator community in Europe and worldwide in the few coming years.