Alexander Ramsey is the chairman of the Preparatory Committee of the Unified Patent Court (UPC) and also speaker at the Unitary Patent Package Conference. He has set the ambitious goal to finish his work by June 2016 with a view to the UPC opening early 2017. Court fees, recruitment and training of judges and fine-tuning of the IT-system are just a few of the issues the committee is still working on. The court’s start, however, will also depend on the member states. So far nine out of the 25 have ratified, whereas thirteen are needed, including France, the UK and Germany. Ramsey thinks more ratifications will follow soon. It’s important for the Unitary Patent (UP) system and also for the member states to be in from day one, he told Kluwer IP Law.

A provisional Protocol to the UPC Agreement, which allows for final decisions on the practical set up of the court, for instance the recruitment of judges, was adopted in October 2015. How many member states have signed this protocol? 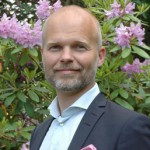 ‘The last time I checked, eight member states had signed it and two had declared they would sign it. That is also a possibility: to declare yourself bound by the provisional application, but not formally signing the protocol. There are a number of member states that wait with signing until they ratify the UPC agreement itself, and others wait with declaring until there is a firm date for the start up of the provisional application phase. For instance Belgium has declared that.’

Is the lack of signatories a problem?

‘Of course this is a problem, we need to have thirteen member states approving the protocol and also the UPC agreement before it can enter into force.’

In discussing the Unitary Patent system, people usually refer to its 25 member states. In the meantime, it seems that quite a few states, about five to ten, are not active at all in getting the ratification through parliament. Is that the case indeed?

With how many states do you think will the Unified Patent Court start its work?

‘I would like to have as many member states in the first phase as possible. Only in that way they can be part of the establishment of the UPC. Because the court will be established in the period of the provisional application. If they haven’t joined yet, they will not be part of the actual buildup of the court and they will lose the possibility to influence it. So I think it is in member states’ interest to ratify and be in the first batch of UPC member states.’

Won’t the Unitary Patent system get complicated if states start joining one after another?

‘I would of course very much like everybody to be in from the start, because it would be more simple and much easier, but it’s part of the system that we need to adapt to. So we will start with a number of states, hopefully more than thirteen, somewhere between 15 to 20 I guess, and eventually some member states will join and the territory will expand.’

What can you say about the fee to opt out from the jurisdiction of the UPC? Many think 80 euro, as proposed last year, is too high.

‘It’s one of the views expressed in the consultation we had on the fees and recoverable costs. Some issues were generally supported and this was one of them. Users voiced concern about the opt-out fee, wanting it to be zero or at least substantially lower than 80 euro. Zero is one of the options for us. It is on the agenda of the next meeting of the UPC Preparatory Committee, 24 and 25 February 2016. Hopefully after that we will have clarity on this issue.’

It is being said that the first president of the Unified Patent Court will be French. Is that correct?

But I understand there are hardly going to be any full-time judges. The plan of the UPC Preparatory Committee is to appoint about fifty, mainly part-time judges. How are you going to solve that?

‘There will have to be some full-time judges, otherwise we can’t elect  a president! And regardless of that, we’ll probably have to have some at the bigger locations. But there won’t be many.’

Written by: Kluwer UPC News blogger
Source: Alexander Ramsey: It is in member states interest to be part of the Unified Patent Court from the start